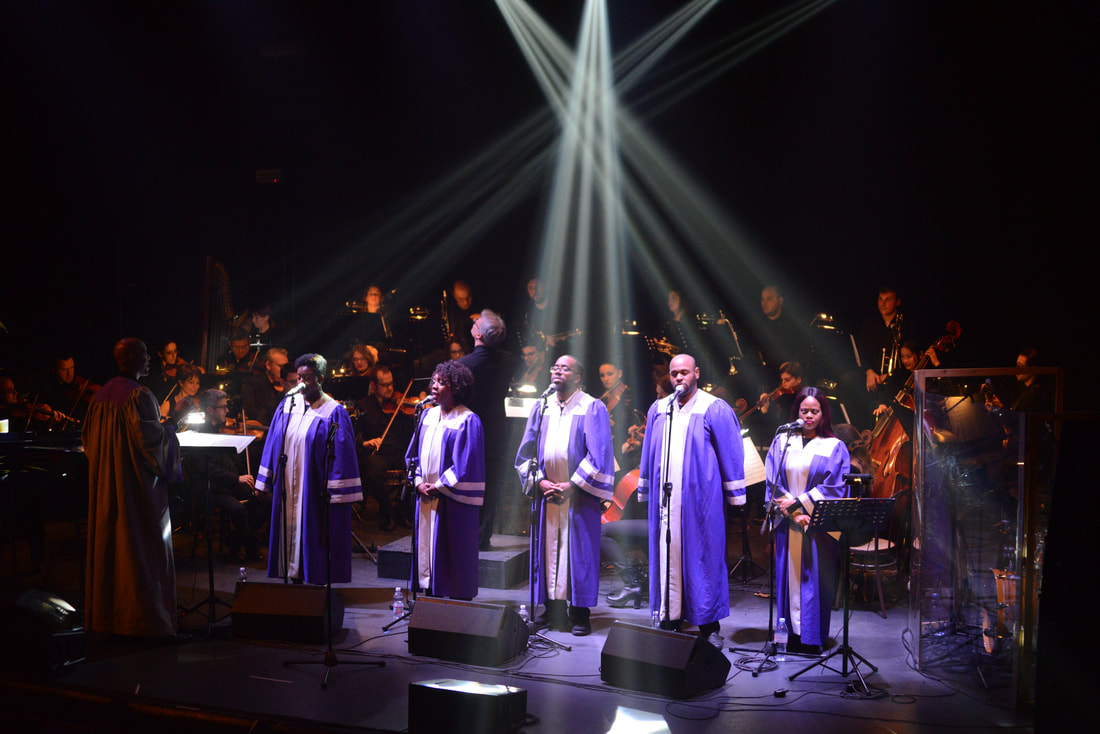 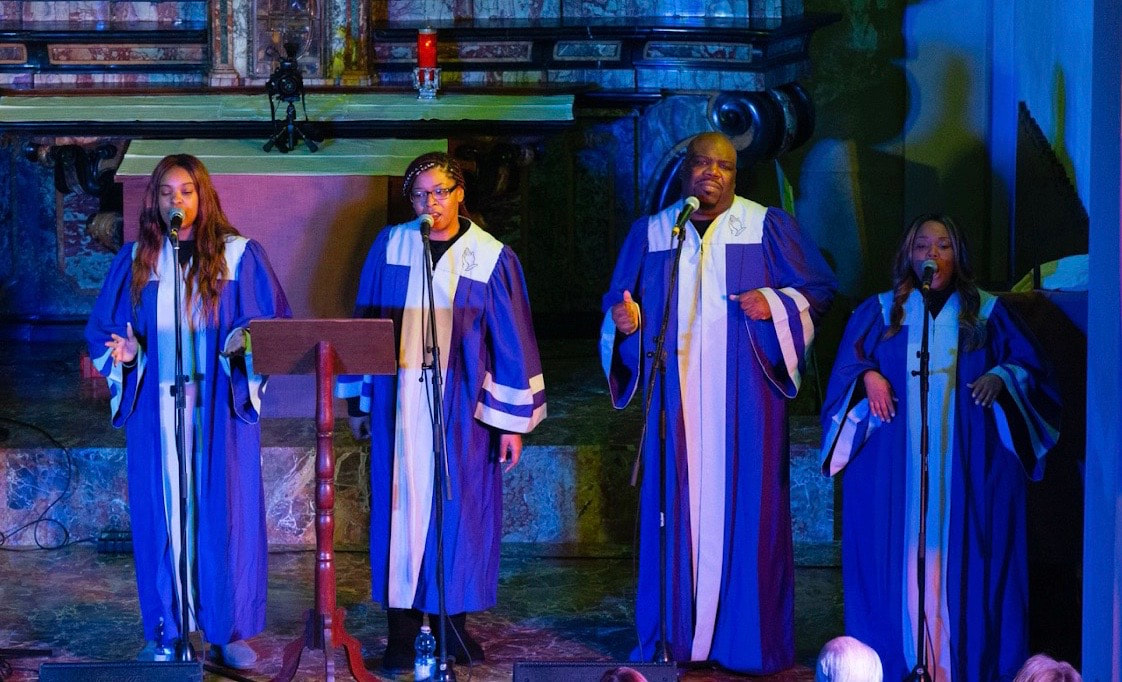 Directly from Washington D.C., we present the union of two internationally acclaimed gospel choirs into one performing act, directed by two exceptional artists: Nate Brown and Lamont Shelton. Nate Brown attended Duke Ellington College of Music in Washington and contributed to the success of the Duke Ellington Jazz Band, with which he performed in England, France, Belgium, and Canada. Nate also attended Berklee College of Music in Massachusetts, performed in prestigious festivals such as the Jazz Festival of Marciac in France, won numerous honors and awards, and lastly graduated as saxophonist in 1998. Furthermore, he has had the opportunity to perform with highly ranked international musicians such as Wynton Marsalis, Roy Hargroove, Tony Terry, Tyron Powell, Ketter Betts, among others.
Nate Brown is the founder of the gospel choir “Nate Brown &amp; Wilderness”, one of the most appreciated and followed choirs in America, composed of 25 elements, with which he won numerous awards and competitions. In 2008 he formed a smaller choir of 5 singers selected from “Nate Brown &amp; Wilderness” called “Nate Brown &amp; One Voice”, to collaborate with C-Jam Music in starting an international European annual Tour that still goes on to this day. This tour has brought American Gospel Music to many countries and cities such as Italy, Spain, Czech Republic, Paris, and London.
Lamont Shelton is a talented worship leader, choir director and backup singer. He has been singing from a very young age; however, he did not discover his passion and love of singing until high school when he joined the gospel choir and musical theater program of Lake Clifton/Eastern High School. Afterwards, he decided to attend Coppin State university and major in business, with a minor in vocal music. During his college years he also took private lessons with Mrs. Jean Carter at the New Shiloh School of Music in Baltimore.
Over the years Lamont has had the opportunity to sing in a host of choirs and ensembles, and worked professionally as a background singer, even sharing the stage with great artists such as: Lecresia Campbell, Russell Delegation, Jeff Jacobs, Troy Sneed and Steve Lawrence. Currently he is a member of the Gospel Tabernacle Baptist Church where he serves as the director of the Extraordinary Worshipper’s Ministry under the leadership of Bishop Reginald L. Kennedy, and as the personal assistant of Bishop Reginald L. Kennedy.
​The union of these two choirs, directed by two masters of American Gospel Music can only be promising, and it will surely have high quality results, both artistically and musically, full of creativity and novelty.
LINE UP for 2020
Lamount shelton - Director
Rocco Traettino- Saxophone
Jemila Richardson - Soprano/Alto
Schey Chase Soprano/Alto
Tyree Miller - Tenor
Nate Brown - Tenor
Sabrena Wright - Alto
Tyrae Brown - Keyboard

COVID-19 Update:
We will be rescheduling and modifying shows due to COVID-19 concerns and guidelines.